Skip to content
Press release of November 14th
Talking about Iran, talking with Chelsea Manning
We would like to draw your attention to two events next week in Berlin:
Nov. 22, 5 p.m., Maxim Gorki Theater, Studio Я:
Azadî in Progress. Revolution in Iran, LGBT+ and what the rest of the world can do. 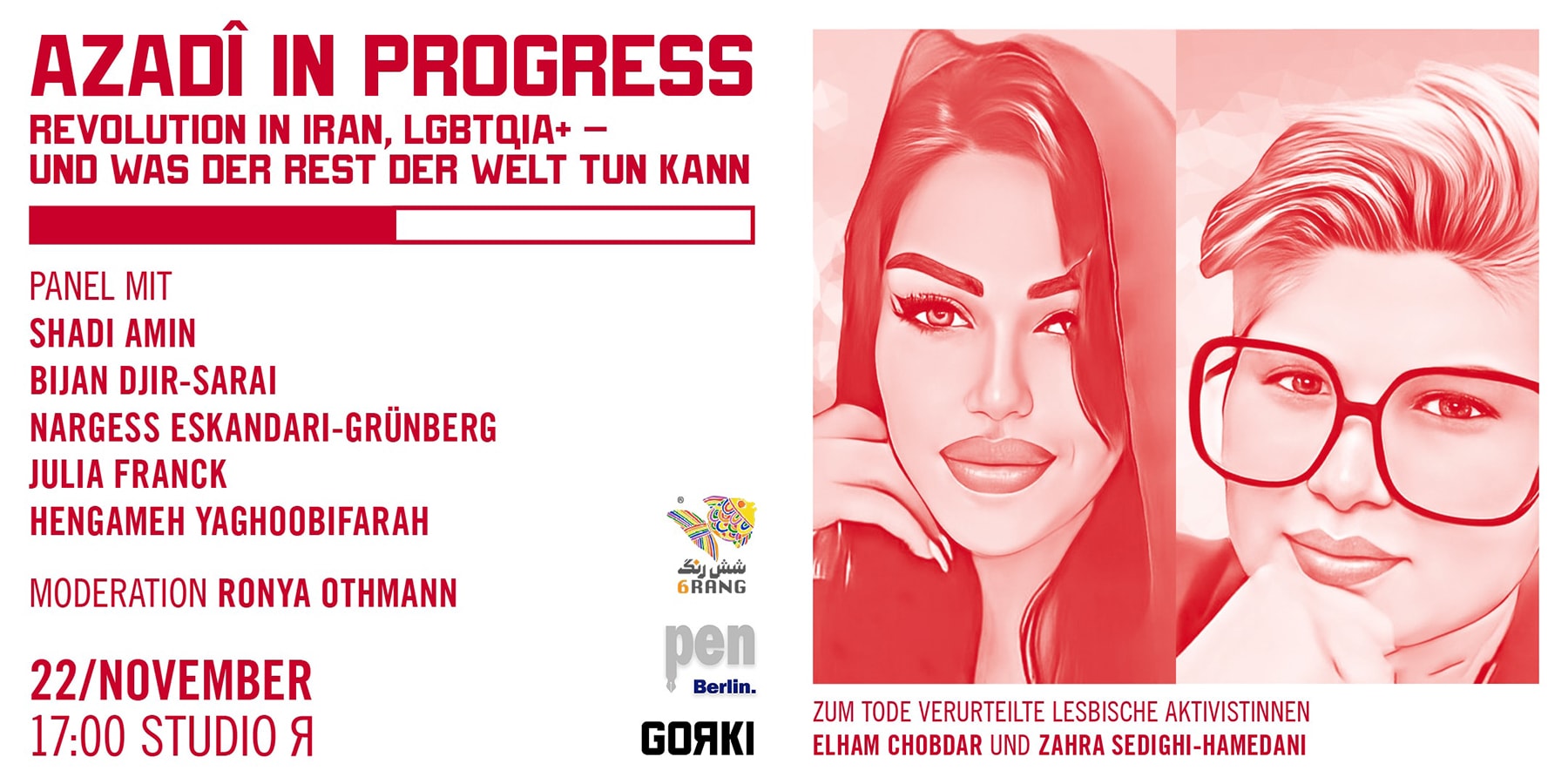 This evening will focus on the character of the revolution in Iran, on perspectives for an overthrow of the Mullah regime and on the question of what Germany and the world can contribute to this. Special attention will be paid to the situation of LGBT+ people in Iran – especially the two lesbian activists Zahra Sedighi-Hamedani and Elham Chobdar, who were sentenced to death for “promoting homosexuality”. Discussing: Shadi Amin (6Rang, Iranian Lesbian and Transgender Network) Bijan Djir-Sarai (Secretary General of the FDP and foreign policy spokesperson of the FDP parliamentary group), Nargess Eskandari-Grünberg (Mayor of Frankfurt am Main, Green Party politician and former inmate of Evin prison), Julia Franck (writer), Hengameh Yaghoobifarah (author: in). Presentation: Ronya Othmann (writer, journalist and board member of PEN Berlin). Organizers are PEN Berlin in cooperation with Maxim Gorki Theater and 6 Rang.
We would also like to draw your attention to:
Nov. 24, 7 p.m.,taz-Kantine, Friedrichstr. 21 Readme – Chelsea Manning

Chelsea Manning, then a member of the U.S. Army, has written world history with her revelations about U.S. war crimes in Iraq and Afghanistan. In conversation with author Aron Boks and journalist Ruth Fuentes, the whistleblower and trans activist will present her autobiography “Readme.txt”. The event will be held in English. It is organized by PEN Berlin in cooperation with the taz Panter Foundation and the publishing house Harper Collins. Please register for the event here.
WordPress Cookie Plugin by Real Cookie Banner