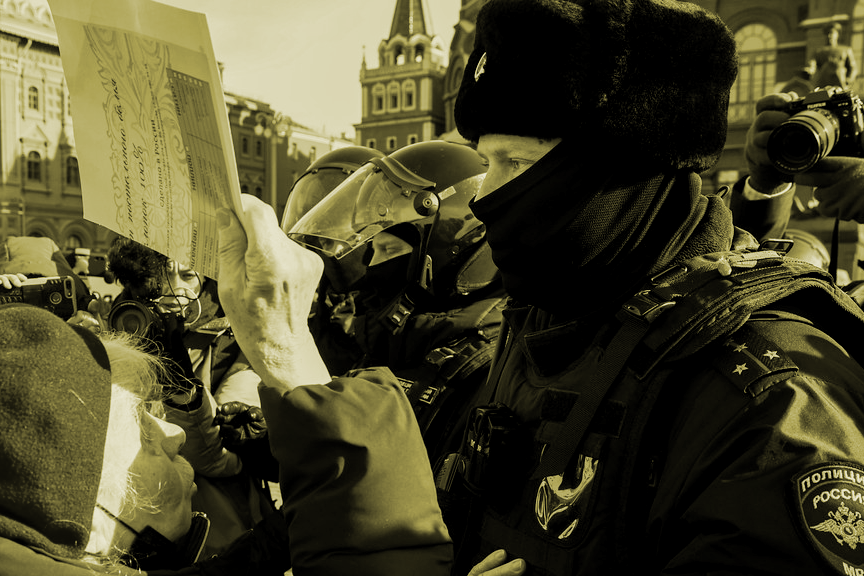 On June 22nd, 2022, our colleague Natalia Sivokhina, Director of the PEN Center St. Petersburg, Russia, was arrested and taken to the police station. There she was accused of having degraded the Russian armed forces on social media.

At the beginning of the Russian invasion of Ukraine, she did indeed call for petitions against this illegal war on the Russian social media platform VKontakte. She also shared information about it. On August 9th, she was sentenced to a fine of 30,000 rubles by a court of the Leninsky District in St. Petersburg for these expressions of opinion. This corresponds to around 500 euros or four average Russian monthly salaries.

The accusations are absurd: How could the demand for peaceful coexistence and renunciation of unilateral violence diminish the army? Natalia Sivokhina is obviously being politically persecuted for her criticism of the Russian war against Ukraine. In the past she has publicly protested the occupation of Crimea. The Russian rulers also likely disapprove of her voluntary care work for refugees from Ukraine which she performs together with her husband, the priest Grigory Mikhnov-Vaytenko, in St. Petersburg.

PEN Berlin, committed to the ideal of a peaceful world and freedom of speech, stands with all those who are persecuted for their peaceful expression of opinions. We call on the Russian authorities to stop persecuting and threatening our colleague Natalia Sivokhina for her legitimate and justified criticism of the Russian war against Ukraine.