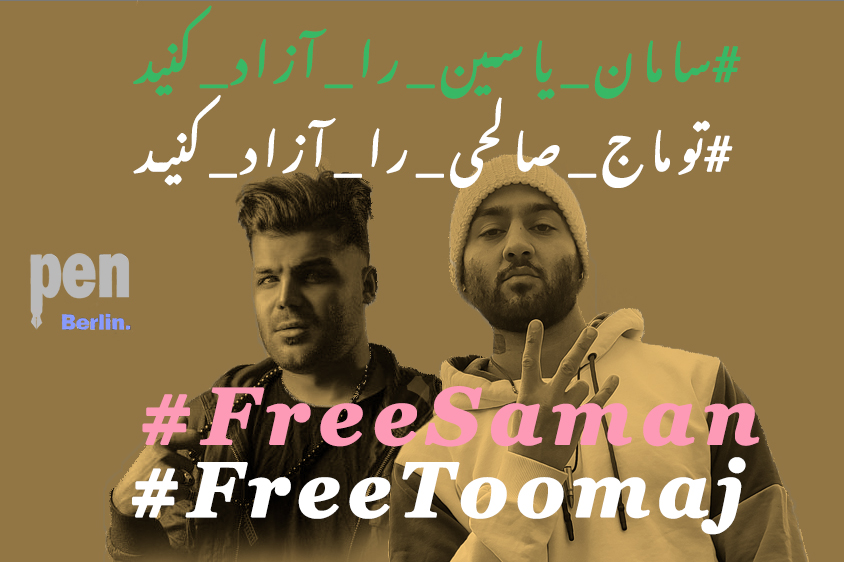 On October 30, the rapper Toomaj Salehi was arrested in Iran for his dissident lyrics. His Kurdish colleague Saman Yasin has already been in prison since October 2nd and was sentenced to death in a show trial. Both are subjected to severe torture and ill-treatment.

We call on the Islamic Republic of Iran to suspend the death penalty in Yasin’s case and to drop the charges against Toomaj Salehi – he too faces the death penalty in case of doubt. We call on the federal government to do everything possible to save the lives of Toomaj Salehi and Saman Yasin: »enmity against God« (moharebeh) and »corruption on earth« (ifsad fil-arz) are charges for which people should no longer be allowed to die in the 21st century.

As rappers, the two work with the word. Because of their free word, their lives are threatened. They are our colleagues. Now they are honorary members of PEN Berlin – whoever does something to Toomaj Salehi and Saman Yasin commits an unforgivable crime. We want to do everything we can to prevent it.

»Don’t cry when I die tomorrow, because today you were not by my side,« said Toomaj Salehi shortly before his arrest. Toomaj and Saman: we are by your side!